Daughter takes on 10k challenge in memory of father

A daughter will be pulling on her trainers in memory of her father as she takes on a virtual 10k challenge.

Sharon Hornby will be taking on the Virtual Vitality 10,000 10km race to raise funds in memory of her father was supported by the Hospice in 2019. 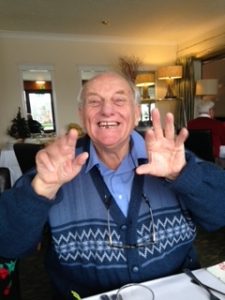 Speaking about the care her father received at the Hospice, Sharon said: “He was only at the Hospice for a short while, but I was blown away by the care that he received 24/7.

“He was treated with respect, love and consideration. My father passed away on July 19 very peacefully, and the staff were with him until the end.

“I cannot thank them enough for their support and the support my mum received afterwards.”

Thank you for thinking of the Hospice Sharon. If you’d like to support her efforts, you can do so here: https://uk.virginmoneygiving.com/SharonHornby1